A Sleighful of Fuzzy Polaroids and Magic Memories

At Christmas my nostalgia rises like the aroma of snickerdoodles wafting through the kitchen.  Of course that would be the “slice-n-bake” kind rather than homemade because, instead of Martha Stewart, I’m more like Peg Bundy minus the stilettos. 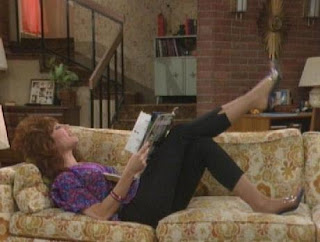 When my son comes home from college this month, I’ll pop a luscious Mrs. Smith’s pumpkin pie in the oven along with some Sister Schubert’s rolls to recreate the aroma of Christmas Past just like he remembers. Nothing less for MY son.

I stood in grateful silence.  Amid the chaos of scrambling elves and flashing cameras, I breathed an epiphany that grabbed my soul with both hands. It opened my heart like a sacred book, etching within its pages close-up snapshots of dimples and bashful in a smocked dress.  And the timid essence of a chubby little finger reaching for Santa’s beard. 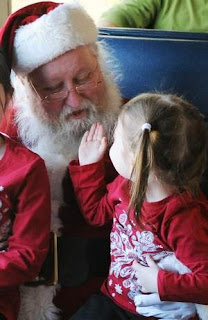 The Jolly Guy gave them a treat as they slid from his lap, but I didn’t realize I would turn around and their hands would clutch car keys instead of candy canes.

Christmas Day meant the patter of four little feet in footy pajamas tearing down the hall and a wide-eyed, squealing baby girl toddling after the fun.  She was just happy to be puttering behind her brother and sister, learning by heart the meaning of family and forevers and fa-la-la’s.  I was too. 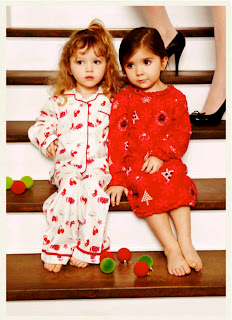 These days I am humbled when I steal into my teenagers’ rooms at night and kneel in the same holy spot I’ve knelt in for eighteen Christmases.  The sense of Extraordinary cleanses away the leaking Gatorade bottles of frustration and every ounce of dripping sarcasm on the phone.  It’s that magical moment of the day when I linger over their amazing, lumpy bodies under the covers.  My misty eyes trickle praises to the Creator and I marvel, “What did I ever do to deserve this?”
Posted by The Frazzled Mom at 10:52 AM